The Kremstal – Krems River Valley, on the Danube in the State of Niederösterreich – was one of the first places in Austria where wine grapes were cultivated in the Middle Ages. Viticulture in the village of Dross (currently ca 1000 households) was first mentioned in an official document in the year 1135. At that time, the Bishop of Passau chose to waive the tithing of a vineyard, in favour of the nobles of Drozze.

Our old winegrower’s house dates back to the 15th century and was once used as a waystation for changing horses. Before beginning the steep ascent into the Waldviertel District, additional and/or fresh horsepower was harnessed to carriages or waggons. Hence the name of the house: Vorspannhof. Because of this, the owners also obtained the ‘Maria Theresa Concession’, which meant that they were no longer obliged to apply for licenses to trade. The double-headed eagle adorning every Vorspannhof Mayr wine bottle remains as a reminder of this today.

The Mayr family acquired the property in 1898. The purchase contract lists two wine cellars, a press house, a stable, a ballroom and two dining rooms. Anton Mayr, the father of current proprietor Silke Mayr, moved the business away from general agriculture and toward cultivation of the vine.

Under Anton and his wife Brigitta Mayr, the Vorspannhof not only specialised in viticulture, but also acquired an excellent reputation as an inn. When proprietor Brigitta Mayr and the chef both retired in 2012, the inn closed its doors. Today the Vorspannhof is run solely as a wine estate. 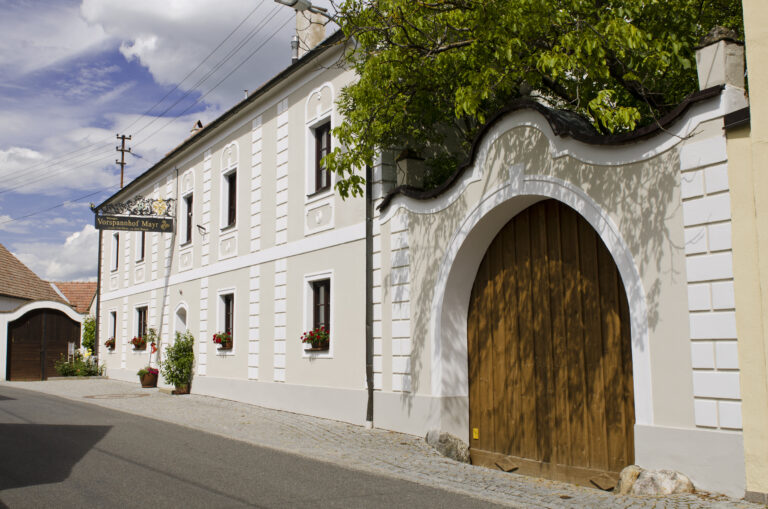 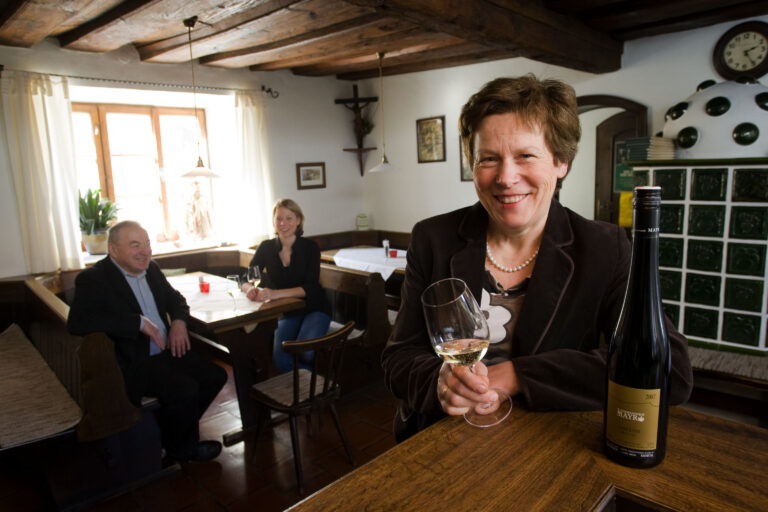